Education of the Heart 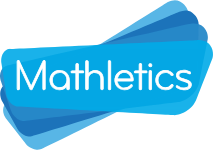 St Francesca Cabrini Catholic Primary School is a voluntary aided school in the Diocese of Southwark. It is in the trusteeship of the Missionary Sisters of the Sacred Heart of Jesus. The school is conducted by its governing body as part of the Catholic Church in accordance with its Trust Deed and Instrument of Government, and seeks at all times to be a witness to Jesus Christ. The school exists primarily to serve the Catholic community and Catholic children always have priority of admission. However, the Governing Body also welcomes applications from those of other denominations and faiths and from those who have no faith who support the religious ethos of the school.

Having consulted with the Local Authority, the Diocese and other admission authorities, the Governors intend to admit into the reception class, in September 2020, up to 60 pupils without reference to ability or aptitude.

The number of pupils to be admitted into each year group is 60.

The process to be followed is that as set down under Southwark’s “Co-ordinated admission schemes” and according to the timetable set down by Southwark as the Local Authority. Southwark residents must apply for their child’s primary place online at www.southwark.gov.uk/schooladmissions

Applications should be made to the Local Authority by the national closing date 15 January 2020, for admission to the following September 2020. Applications can only be made online. This may be completed before this date but the Admissions Panel does not take account of the order in which they were received.

In addition, the school also asks that a Supplementary Form is completed by each applicant and this is available from the school. Completed supplementary forms should be returned to the school NOT the Local Authority by the same closing date, 15 January 2020. Completion of a Supplementary Form is not mandatory; however, if one is not received then the Governors will not be able to apply their admission criteria and the application will be considered under the “other children” category.

The Governors will ask the parish priest, where applicable, for details of parental church attendance.

Applicants will be notified by the local authority of the outcome of their application on the national common offer date of 16 April 2020.

All late applications will not be considered for a place until after the initial offer of places on “offer day”.

If any applications are made after “the offer date” but before the 31st August then they will need to be made through the LA.

Applications for places outside the normal round of admissions (in year admissions) can be made directly to the school and will be allocated in accordance within the school’s admissions criteria and processed as per Southwark’s agreed protocol.

If a child is currently not attending a Southwark school and the family would like to apply for an in-year place at a Southwark school, they must complete Southwark LA’s in year application form and return it to Southwark Council’s school admissions team.

The governors will provide for the admission of all children in the September following their fourth birthday. Parents can request that the date their child is admitted to the school is deferred until later in the school year or until the child reaches compulsory school age in that school year; parents may also request that their child attends part-time until the child reaches compulsory school age.

Admission of children outside their normal age group

Parents who are seeking a place for their child outside of their normal age group, for example, the child has experienced problems such as ill health or the parents of a summer born child preferring not to send their child to school until the September following their fifth birthday, may request that they are admitted out of their normal age group – to reception rather than year 1.

Southwark Council’s school admissions team co-ordinates the process for the admission of children outside of their normal age group on behalf of all schools in the borough. This also means that the process is simplified for families in that they are not completing multiple forms for each school they are making such a request to.

Families residing in the borough must complete and return Southwark Council’s ‘Request for admission outside of the normal age group’ form alongside any supporting documentation to Southwark’s school admissions team. The request form is available on the website at www.southwark.gov.uk/schooladmissions.

Once the request is logged by Southwark, they will forward the request form to this school in order to make a decision.

Governors will make decisions on the circumstances of each case and in the best interests of the child concerned. This will include taking account of the parent’s views; information about the child’s academic, social and emotional development; where relevant, their medical history and the views of a medical professional; whether they have previously been educated out of their normal age group, and whether they may naturally have fallen into a lower age group if it were not for being born prematurely. They will also take into account the views of the school’s head teacher. When informing a parent of the decision which year group the child should be admitted to, the governors will set out clearly the reasons for their decision.

Where the governors agree to a parental request for their child to be admitted out of their normal age group and, as a consequence of that decision, the child will be admitted to the age group to which pupils are normally admitted to the school the local authority will process the application as part of the main admissions round, (unless the parental request is made too late for this to be possible) and on the basis of the determined admission arrangements, including the application of oversubscription criteria where applicable. Parents have a statutory right to appeal against the refusal of a place at a school for which they have applied. This right does not apply if they are offered a place at the school but it is not in their preferred age group.

The school participates in the local authority’s Fair Access Protocol to allocate places to vulnerable and other children in accordance with the School Admission Code. Admitting pupils under the protocol may require the school to admit above the planned admission number for the relevant year group.

Pupils with a Statement of Special Educational Needs or Education, Health and Care (EHC) Plan

The admissions of pupils with a Statement of Special Educational Needs or with an EHC Plan are dealt with by a completely separate procedure. The procedure is integral to the making and the maintaining of statements and EHC plans by the pupil’s home local authority. Details of this separate procedure are set out in the SEND code of practice. Pupils with a statement or EHC plan naming the school will be admitted without reference to the criteria below.

If more than 60 applications are received the Governors will apply the following oversubscription criteria in the sequence shown. It should be noted that children with statements of special educational needs, where St Francesca Cabrini is named in such statement and where it can meet the needs of that child, will be admitted prior to the oversubscription criteria being applied to all other applicants.

ii)  Children with known medical or social needs from Catholic families for whom this is the most appropriate school (see Note 2 below).

iii)  Children who have been baptised in the Catholic faith (as defined in Note 4 below) and who together with at least one parent/carer, attend weekly mass

iv)  Children who have been baptised into the Catholic faith (as defined in Note 4 below) who with at least one parent/carer attend a Catholic Church less frequently than weekly.

If there are more than 60 applicants falling within priorities iii) to v) above the ‘tie break’ tests will be siblings first then those who live nearest to the school (as measured by a straight line from the child’s home to the school’s front gate in Forest Hill Road).

vi)  Children who do not fall within i) to v) above who have a sibling attending the school at the time of admission (see Note 3 below).

If there are more than 60 applicants falling within priorities vi) to viii) above the ‘tie break’ tests will be siblings first then those who live nearest to the school (as measured by a straight line from the child’s home to the school’s front gate in Forest Hill Road).

Where the last remaining place is to be allocated and two or more children are deemed to live at the same distance from the school the place will be decided by the drawing of lots.

(b) being provided with accommodation by a local authority in the exercise of their social services functions (see definition in Section 22(1) of the Children Act 1989) at the time of making an application to a school.

Any references to previously looked after children in the School Admissions Code 2014 means such children who were adopted (or subject to child arrangement orders or special guardianship orders) immediately having been looked after.”

(2)             Social, medical or pastoral needs which make the school particularly suitable for the child in question. Strong recent (within the prior three months to the closing date for applications) and relevant evidence must be provided by an appropriate professional authority, e.g. qualified medical practitioner, education welfare officer, social worker or priest.

(3)             Sibling means full brother or sister or half brother or half sister living at the same address at the time of admission of the child for whom the application is being made. The home address is where the parent or carer lives and the child permanently resides the majority of school nights (Sunday to Thursday) are spent unless otherwise directed by a Court Order.

If the school is oversubscribed, those applicants not offered places will automatically be put on the waiting list if the School is named as a higher preference on their application. The waiting list will be kept in the order of the oversubscription priorities set out above and be maintained until the 31st August by the Local Authority and subsequently by the school until the 31st January.

It is possible that when a child is directed under the local authority’s “fair access protocol” they will take precedence over those children already on the list.

Parents whose applications for places are unsuccessful may appeal to an Independent Appeal Panel set up in accordance with section 85(3) of the School Standards and Framework Act 1998. Appeals must be made in writing and must set out the reasons on which the appeal is made. Appeals should be made to the Admissions Appeal Clerk at the school address. Parents/Carers have the right to make oral representations to the Appeal Panel.

Infant classes are restricted by the legislation to 30 children. Parents should be aware that an appeal against refusal of a place in an infant class may only succeed if it can be demonstrated that:

a)  the admission of additional children would not breach the infant class size limit; or

c)  the panel decides that the decision to refuse admission was not one which a reasonable admission authority would have made in the circumstances of the case.